When you think of sapphire, the thing that comes to your mind is the shiny blue luster of this precious stone. But there are other colors like yellow, pink and orange which are called “fancy sapphires”. These fancy sapphire types get their color from trace elements like iron, chromium, titanium, copper and magnesium. Blue sapphire belongs to the corundum mineral species family which comes in virtually every color in the rainbow. The red variety of corundum, the ruby is its sister stone.

One of the most popular colored stones is blue sapphire. Blue sapphire’s hues reflect the sky’s every shade, from hot blazing noon time to a velvety evening. Across the world, consumers buy sapphire adorned jewelries than any other colored stone. More than half of the world’s blue sapphires are found in the US market. One reason for sapphire’s appeal is that of the Big 3 which are ruby, sapphire and emerald, sapphire is extraordinarily durable and this makes it highly sought-after. Sapphire is quite hard at a solid 9 on the Moh’s scale of hardness, as well as in toughness and stability. It is very resistant to scratching and damages which make it an ideal stone for a jewelry that can be worn every day. Sapphires are found in India, Thailand, Vietnam, Myanmar, Sri Lanka, China, Australia, Brazil, Africa and in the US. Their origin factors in their value just as much as color, cut, clarity and carat size.

Septembers birthstone sapphire derives its name from Latin sapphirus which means “blue stone,” although some believe it originated from sanipriya in Sanskrit which means “Dear to Saturn.”

There are Biblical references to Sapphire, chief of which is being listed as part of Aaron’s breastplate. Another reference is the Ten Commandments which were believed to be written by God on Sapphire stones. Medieval Christians expanded on biblical allegories with their use of sapphires and kings and emperors came to take the stone as the “guiding stone”. The stone has decorated the robes of royalty and clergy members for hundreds of years. Traditionally, the gem symbolizes nobility, sincerity, truth and faithfulness.

Some people believe it is powerful in dealing with madness and demonic possession and for some, it could cure the “madness of love”. The blue sapphire is thought to bring spiritual enlightenment and inner peace to those who wear or carry it. It is also considered a powerful antidepressant. Sapphire bestows clarity, peace and a sense of calmness that allows people to deal with life clearly and also have a kind attitude of adjustment that helps to enjoy the moment and forget the issues of the past.

Classical violet-blue sapphires originated from India between the 19th and 20th centuries. The world record price-per-carat for sapphire was set by a gem from the Kashmir region of India. It was sold at auction for $242,000 per carat.
The Sri Lankan mines have produced famous star sapphires like the 1404.49 carat Star of Adam, the 563.4-carat Star of India and the 182-carat Star of Bombay. However, Madagascar leads the world in sapphire production after taking over Australia which used to hold a significant sapphire deposit until the 1990s.

In 1981, Britain’s Prince Charles gifted lady Diana a 12-carat blue sapphire engagement ring which Prince William later gave to Catherine Middleton when he proposed to her in 2010.

High-quality blue sapphire is today one of Mother nature’s truest and rarest gems.

If you think a sapphire engagement ring is right for you, ahead scroll through 12 extraordinary styles from true-blue to pretty pink and lovely white stones. 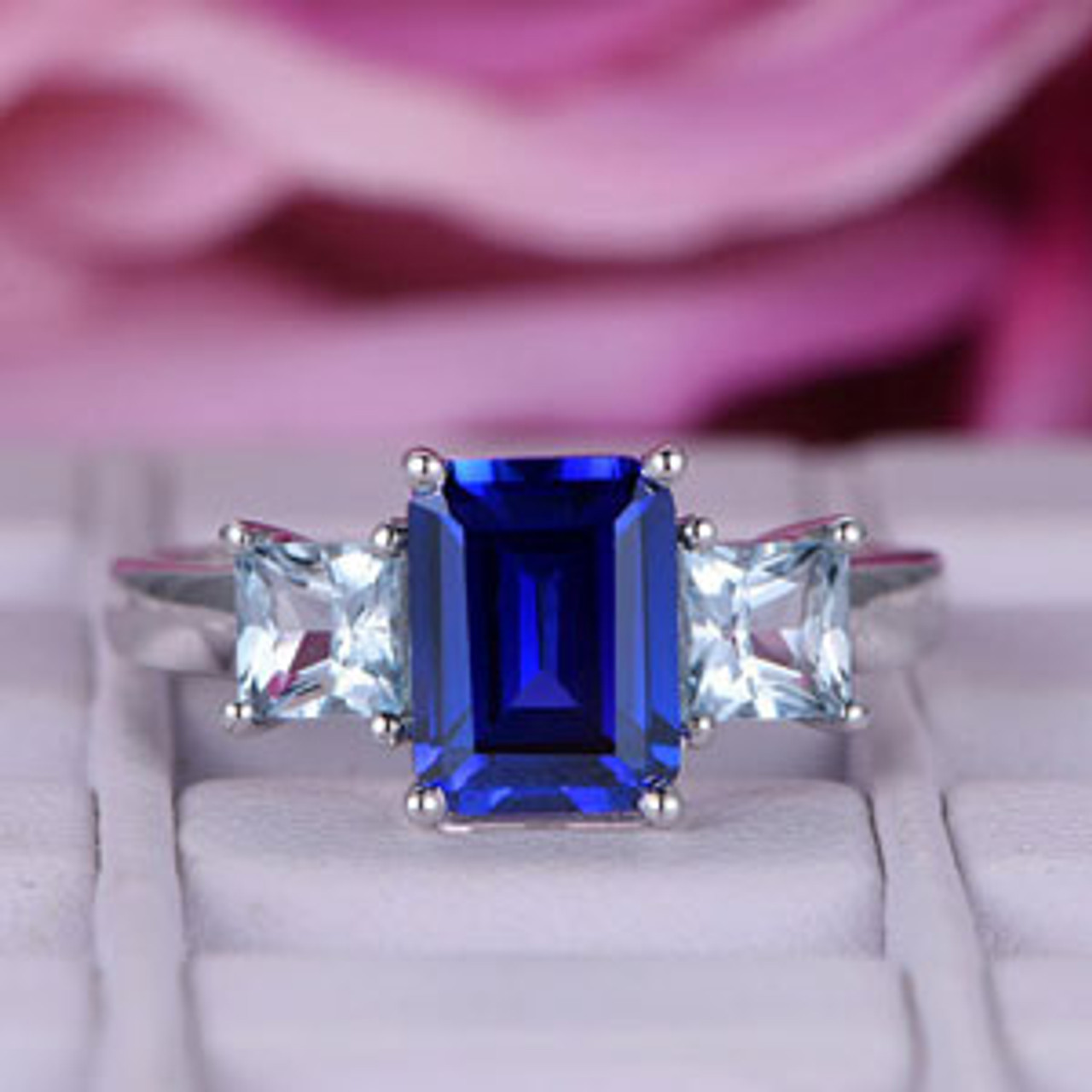 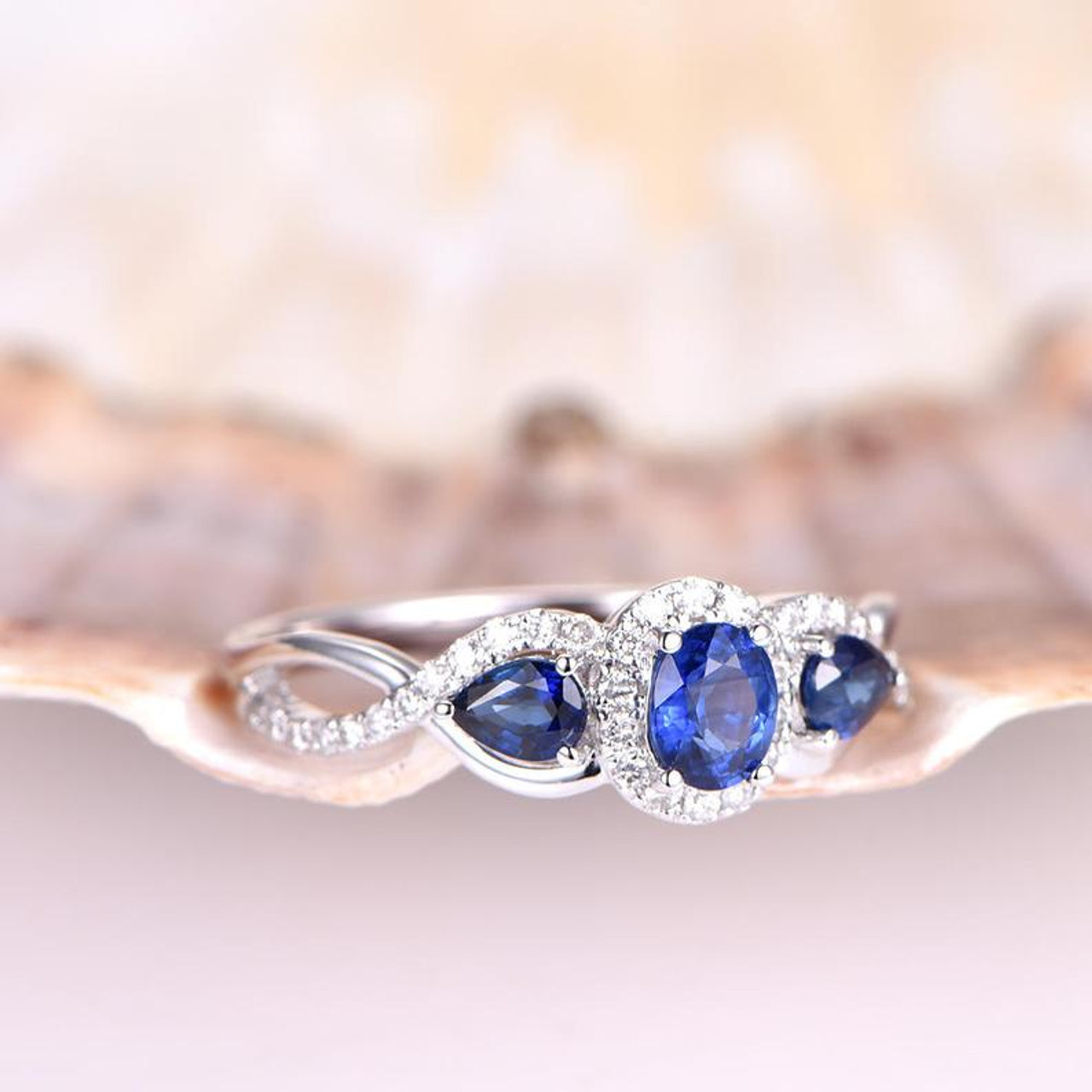 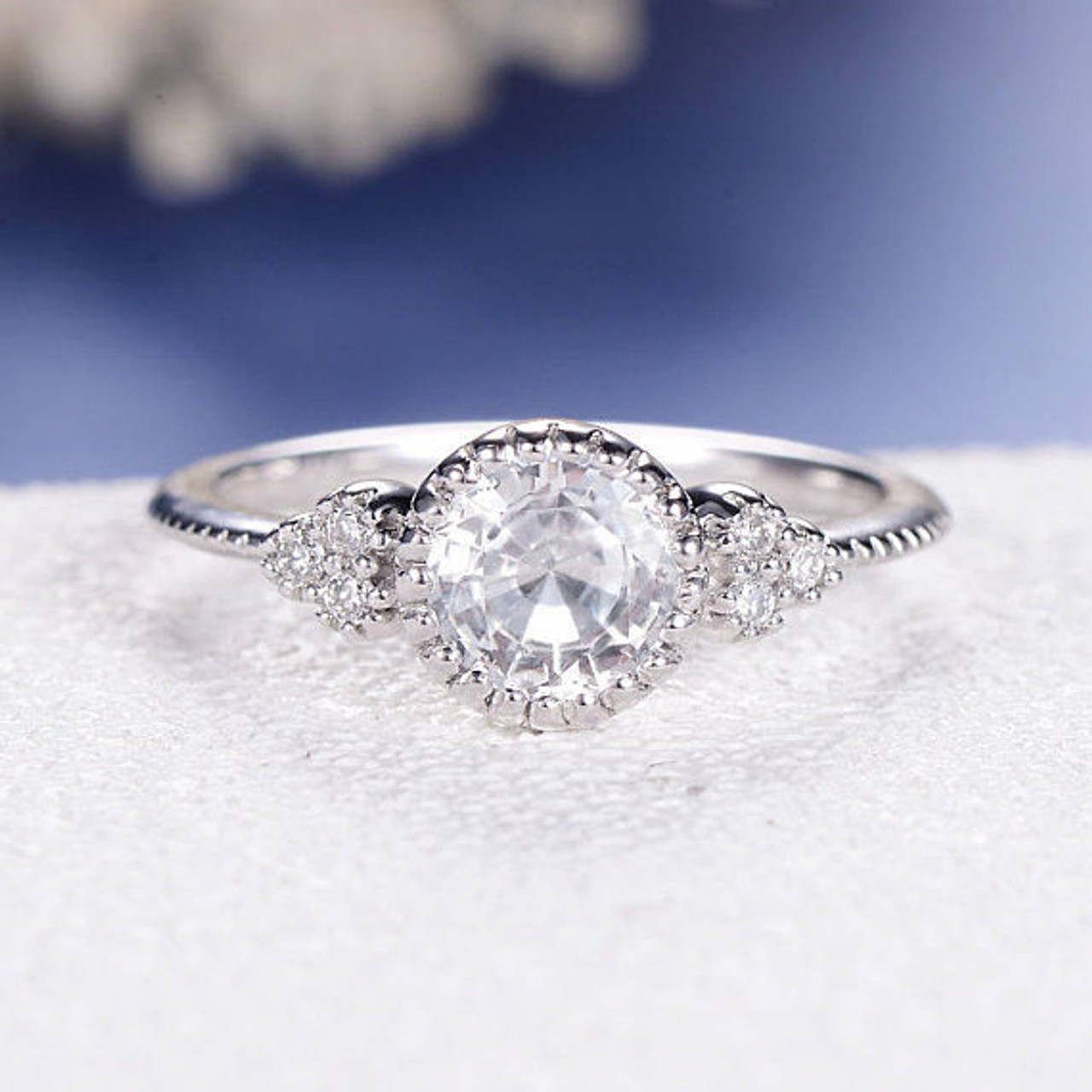