Moissanite vs diamond side by side

This is a research from BBBGEM that Comparing moissanite and diamonds side by side from 4 aspects：Market;Comparison the definition;Color, hardness,natural or not, grade and other attributes;Price difference 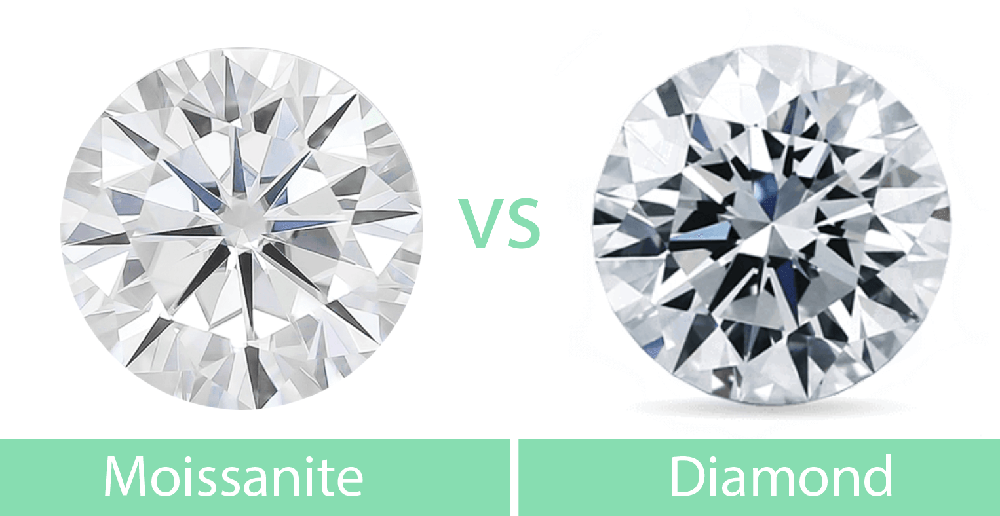 With regards to engagement rings, it appears that diamonds would be the default option. It's easy to determine diamonds are extremely for.they're know to be durable, brilliant, stylish and esteemed. However, purchasing a diamond ring isn't a viable choice for everybody. Most Reasons for couples may be the hefty cost point along with the concerns surrounding sustainability and ethical mining.

What is Forever One Moissanite?

Forever One Moissanite is a 100% colorless or near-colorless gem produced by Charles and Colvard,with a color range of D-E-F (colorless) or G-H-I (Near-colorless) and clarity range of VS-VVS. It is one of the most brilliant and affordable gemstones on the market. Forever One Moissanite is internally colorless without any treatment or enhancement, meaning its beauty and brilliance will last forever and won't disappear over time.

Moissanite is one of diamond alternatives. It’s fire appears better than diamond, but the price is only 1/10 of diamond. Moissanite is well known and recognized by people these years. In the foreign market moissanite is also at a high heat sales situation.

Moissanite gem: discovering natural Moissanite can be traced back to the late nineteenth century, the word Moissanite is derived from Dr. Henri Moissan, who discovered the mineral in the Arizona aerolite in 1904. Moissanite (a kind of silicon carbide) also known as carborundum, most of the moissanite stone are synthetic, Natural mulberry is very rare, only in the aerolite crater, its color is dark green, black. Synthetic silicon carbide also known as synthetic Moissanite, synthetic carbon silica (chemical composition of SiC), dispersion 0.104 larger than diamonds (0.044), refractive index 2.65-2.69 (diamonds 2.42), has the same luster by the diamond’s, "fire" stronger, is closer to the diamond than any previous imitation.

Diamond: diamond is the carbide after human treated, carbide is a kind of natural mineral, is the original stone of diamond. Simply put, diamonds form by a carbon element composed of elemental crystals in the earth deep high pressure, high temperature conditions, known as a symbol of love and loyalty.

Color, hardness,natural or not, grade and other attributes:

1, Moissanite and diamonds are almost no difference between each other in appearance , but the color of moissanite is J. Compared with the diamond level D E H, Moissanite will be yellower. Moissanite's fire is stronger than diamonds, the dispersion index is 0.104, diamond is 0.044, in the sun light, Moissanite stone will be more flash.

2, the diamond is cubic crystal gem, with a magnifying glass can not see the ghosting; Moissanite is a kind of hexagonal gem with strong birefringence, in the magnifying glass we can see the obvious ghosting.

3, The finished Moissanite is likely to appear in a very parallel needle tube inclusions, but diamonds do not have these inclusions.

4, With a diamond test pen, or with the conductivity meter test, you can distinguish between the two.

5, On gem market, Moissanite are usually lab-treated while diamonds are natural. Moissanite’s clarity are forever classic, forever brilliant, forever one. But natural diamond’s clarity are SI or VS. 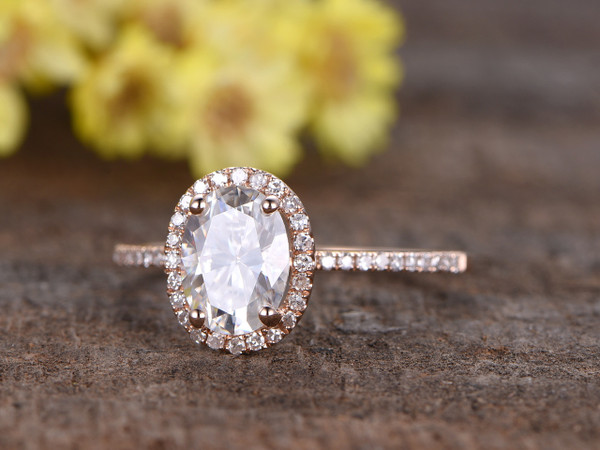 Compared the price of Moissanite and diamond, with same weight, the price arrangement is as follows: