One of the most revered gemstones, Ruby is the birthstone for July. Well-known as a versatile gem that features in many jewelry pieces and more, Ruby stands out with its deep red color and in terms of hardness and durability as a gem is second only to diamond and moissanite. Belonging to the corundum red gem class, this birthstone has plenty history and interest.

Color of the Ruby and Value

There are four different “precious gems” of which Ruby is one of. The others are diamond, sapphire and emerald. While Rubies are made of the mineral ‘corundum,’ so are sapphires and other gemstones. The main difference between these gemstones is the ruby’s red color, although sapphires also have red or pink colors as well. This distinct red color is due to the element of chromium.

Rubies and Sapphires have similar composition and one of the most distinct trait between them is their color, although they have similar composition. However, there are sapphires in pink or reddish color which are considered a sapphire and not ruby. In general, red corundum or corundums having shades of red and pink are considered rubies. However, in the U.S, there is a minimum color threshold of color saturation for a gem to be called a ruby, otherwise it is classified as a pink sapphire. This point is one of the most debated in jewelry industry in recent times.

Color is the main factor that determines the price of this birthstone. The deeper and more vibrant the color, the more expensive the ruby is (all other factors considered). The most sought after and most valued color is the blood red or “pigeon blood” color. When the stone has a high purple or orange tone, it is called a ‘fancy sapphire’ instead.

Many of the rubies that exist in nature are not of the quality for use in jewelry. However modern technology allows jewelers to create better quality of birthstones so they can be used as accents for ring or other jewelry pieces. There are two popular ways gems are treated and enhanced and these include heat treatments and lead glass filling treatments. Impurities can be well hidden from the naked eye through many of these treatments. However, many jewelers are able to identify the unnatural ones which have been made to create enhancements with their jewelers loupe.

In the jewelry industry, gems can be created from the lab and these imitations can be passed off as original stones. Rubies especially are some of the most synthesized gems in the industry. This is probably why their demand and value throughout history has been high. Synthetic Ruby was first made in the early 1800’and started being mass produced by the 1900’s. These artificial rubies have been used in the technological industry in making lasers.

Imitation rubies have been in existence for centuries, although they were not made in any lab or synthesize in any process, they have been passed off as rubies. In the 17th century Rome, a red colored foil was put under stones to create the red color imitation. More modern imitation involve red spinels, garnets and rubellite passed off as ruby.

Why is Ruby The Birthstone for July?

With the love out there for ruby, it’s no surprise it’s included as one of the birthstones for a month in the year -July. Ruby is believed to guarantee wealth, success, love and more and has become a staple of our society. It does not matter what purpose a ruby is used, it will always stand out as one of the most important birthstones we know.

Set on getting a ruby engagement ring? Ahead, click through for our edit of favorites. 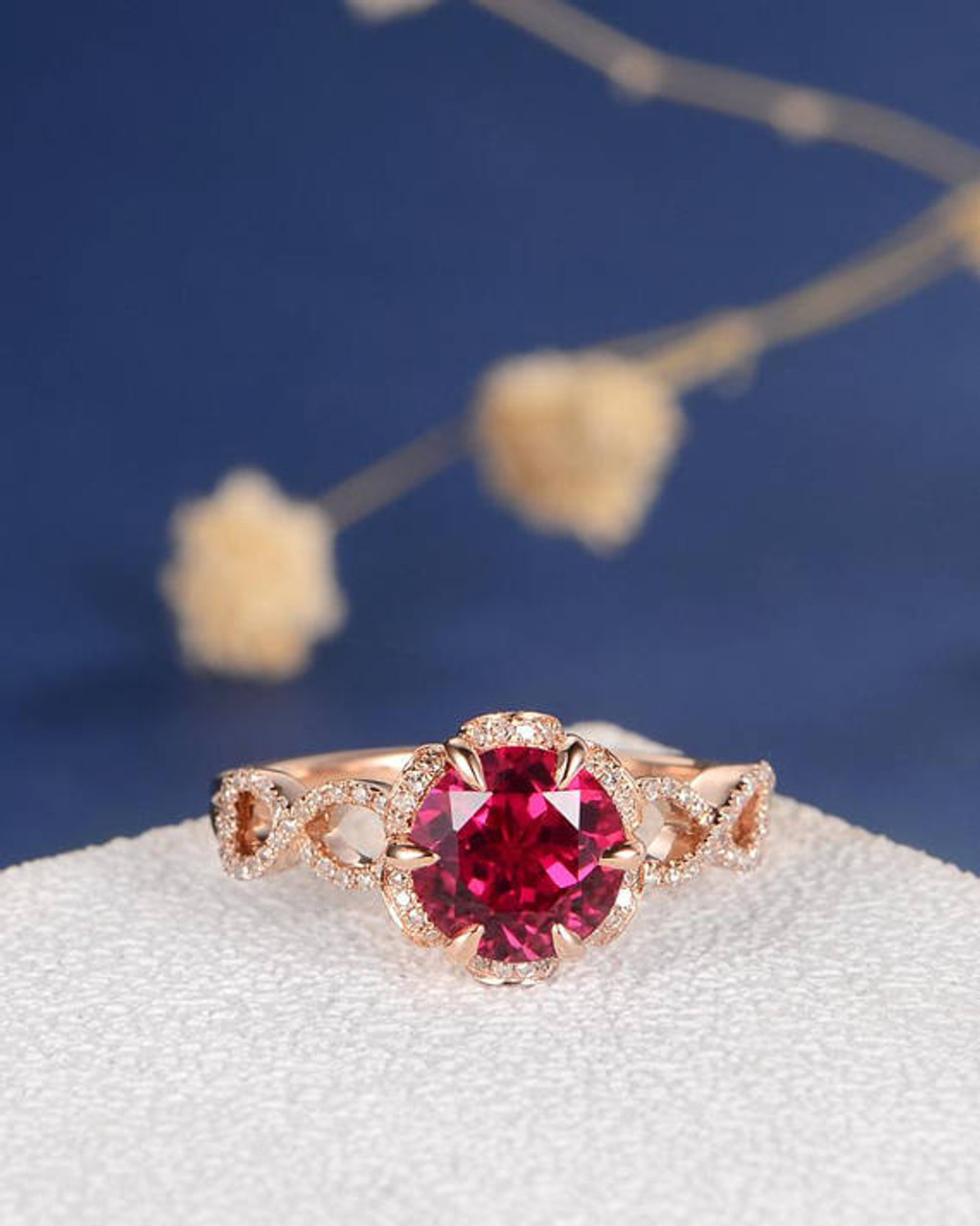